I am highly skeptical of any SDIY’er who says their studio hasn’t changed in the last two hours, much less the last year or two. I think I change something every time I walk in the door. Part of the fun, right?

Since I last wrote here, my studio has dramatically changed. I’ll add new photos at some point, but for now, I’ll just add the descriptions!

In the “place of honor” is my Steiner-Parker Synthasystem™ which I re-issued with the critical and invaluable help of Nyle Steiner. A great friend and truly good guy. I added two keyboardless Synthacons™ to this modular and had Toni at Antonus custom build one of his “Sidecars” to fit the dimensions of the Synthacons. In this Synthacon Sidecar, I have a Steiner-Parker™ sequencer, VCF, a Microcon™ and some other miscellaneous utility modules. Nyle told me once he thought my Synthasystem was the largest system he was aware of.

For Moog™ gear, I have a Moog™ MiniMoog Voyager™ keyboard and RME, Moog™ MiniMoog  Model D re-issue,  and a Moog™ Model 15 re-issue. The Model 15 is complemented by numerous Synth-Werk modules including 921 VCOs, HP filter, 914 FFB, EGs, VCAs, Bode Ring Modulator, mixers, Reverb, and soon a sequencer compliment, and 984 mixer. I also have a Moog™ Vocoder re-issue on order and now have 2 Moog 953 keyboard controllers. This is rounded out with some MoogerFoogers™, a MiniTaur™, Wertstat™, a and Moog™ MP-201 Pedal. I also have some Synthesizers.COM™ modules, keyboard controllers, and a ribbon controller.

I also managed to procure some of the Moog Accessories and have managed to restore two 1125 Sample & Hold units, one turned into a 1U rack mount due to the unavailability of proper slide potentiometers. This can be completely undone if wanted. I also have an 1130 percussion controller and an 1150 ribbon controller.  A Moog™ Mother-32, Drummer From Another Mother, and a MacBeth Studio Systems™ X-Series Micromac™ rack mount are housed in their own three tier system using Moog™ housings.

With regard to other synthesizers, I have a Buchla™ Music Easel™ and a Portabellabz clone under construction (which may not get finished). I purchased an ARP™ 2600 with 3620 keyboard and have a Korg™ ARP 2600 FS on order. I have expanded the ARP 2600s using an Antonus SideCARP system which sits brilliantly on top of either ARP 2600.

I also have an Anyware Instruments Tinysizer, a Dave Smith Instruments™ Tempest , and an AJH MiniMoog clone in modular format, housed in a Waldorf KB37 Controller system.

A John Bowen Synth Design™ Solaris is prominent in my studio with an expansion module on order.

Other “digital” synthesizers include a Kawai K1 II keyboard and rack mount with a Yahama TX801.

I have a rebuilt Teac A3440 four track overdubbing tape deck, a TASCAM DP-24 digital studio, and a Teac Model 2A mixer with meter bridge to record and edit. I also have other equipment to compliment these synthesizers detailed in the menu to the left (still to come…).

I sold most of my “second modular” and found a way to put gear that was going unused closer to my fingertips. I purchased some Atdec laptop and monitor arms and a couple of laptop shelves. My DP-24 and Tempest fit nicely on the laptop shelves. My Tinysizer and the extra euro racks mount using a VESA standard monitor mount. I can swivel what I’m not using out of the way or bring something within easy reach for patching and knobbing.

Please have fun looking at the equipment while scratching your head as you wonder what was I thinking? I still haven’t figured it out and I’m thankful my wife just ignores the whole mess for the most part.

I promise I’ll work on a proper equipment list and will try to muster the courage to share some examples of this instrument at work.

Here are some photos of my current Synthasystem, my MoogerFooger rack, and some miscellaneous Moog™ module clones, some purchased and some my own layouts. Thank you: 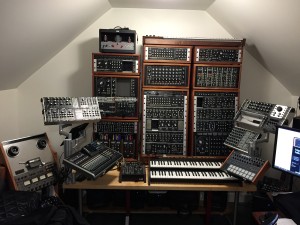 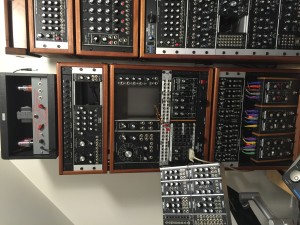 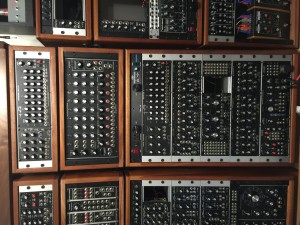 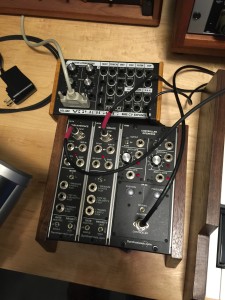 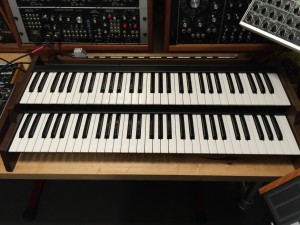 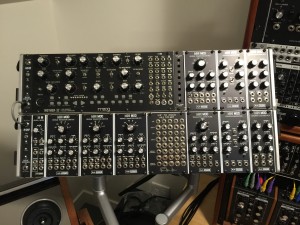 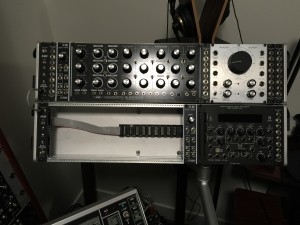 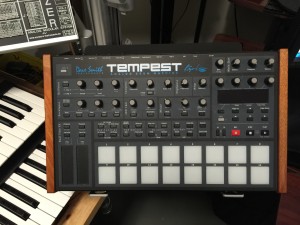 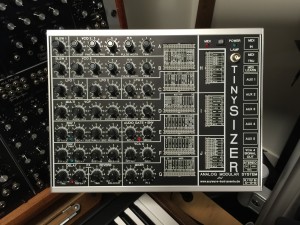 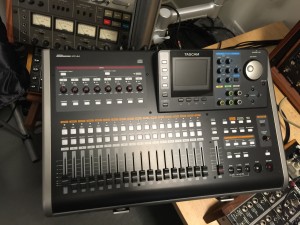 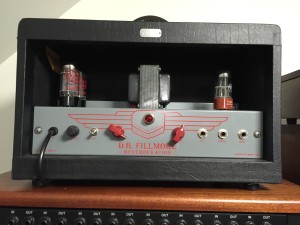 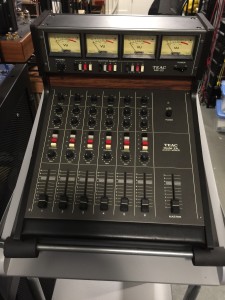 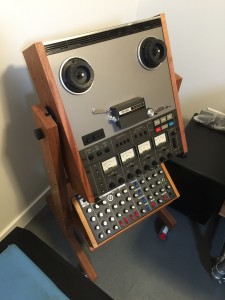 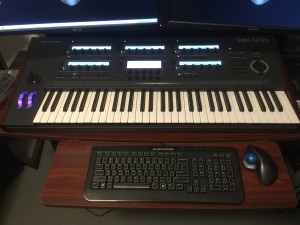 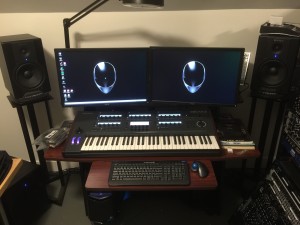