It came! Yes, it’s worth every penny of the $10,000.00 I paid. Here are some photos unpacking and of the first patch. Mine is #84. No clue how many were/will be made, but when I ordered mine, Sweetwater said Moog was taking their last orders. I beat the deadline by a week. talk about good timing. It’s beautiful both visually and audibly. While it looks a little dwarfed next to the monster behind it, it more than makes up for it in raw sound. I’m playing it with a new 953 controller.

I have a COTK expansion box coming with an additional 921A and two 921 Bs, an EG, VCA, HP filter and headphone amp. Coupled with the .COM Q960 and sequencer utility modules, my own inductor based Moog 914 clone, Dual Delay clone, 984 Matrix Mixer clone, Reverb clone, CP3 mixer and a few trigger conversion modules, I’ve got something between comparable to a System 55 for a third the cost. The best is it’s completely portable if I want to take it anywhere.

Next bit of news is Moog is re-issuing the Model D, again true to the original, but they added a couple of upgrades which really compliment it. MIDI, a dedicated LFO, more I/O, and the keybed is velocity and after touch sensitive. Yes, I pre-ordered mine. At $3500.00, how could you not buy a new MiniMoog Model D. The offerings for used ones on ebay can’t touch it.

42 years on, and I finally have it all. My full blown Steiner-Parker Synthasystem, a Moog Modular, and a MiniMoog. If only I actually had musical talent… :) 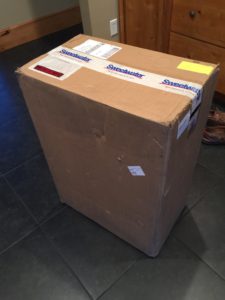 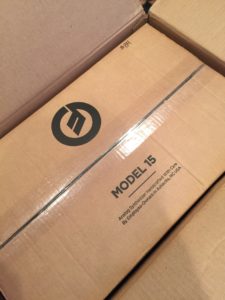 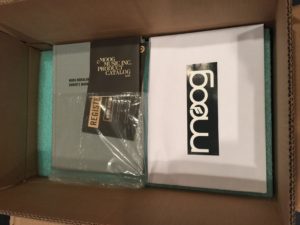 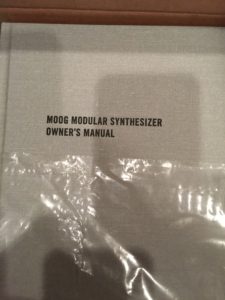 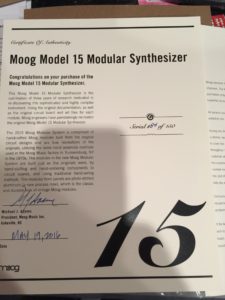 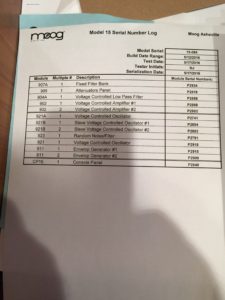 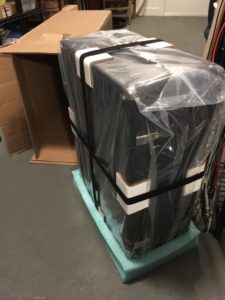 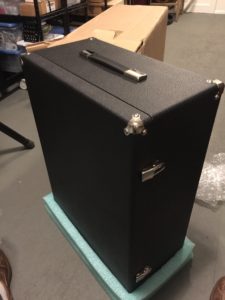 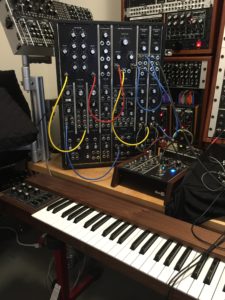