I enjoy guns. “A well regulated Militia, being necessary to the security of a free State, the right of the people to keep and bear Arms, shall not be infringed” [emphasis added]. The U.S. Supreme Court affirmed the 2nd amendment is an individual right in Heller, District of Columbia v. Heller, 554 U.S. 570 (2008). This was a singularly important and amazing affirmation and ruling. God bless the U.S.A.

This Christmas I am getting a rifle I’ve wanted since I first shot one in 1979. An Auto-Ordnance M1 semi-automatic. The shop had an Army Ranger tribute model for the D-Day assault at Pointe du Hoc in Normandy, France. It comes with a 30 round magazine, a 20 round magazine, the shoulder strap, a 3 magazine pouch, and the wood is beautifully engraved in tribute to the Army Rangers. This has a steel receiver so the gun is heavy, but feels very solid. 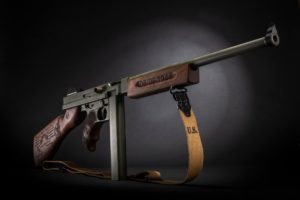 I served a mission for the LDS church in France in 1976-1978 and spent 6 months in Cherbourg. While there, we rode our bikes along the northern coast and also down to Ste. Mere Eglise, by Utah Beach. I went back with my wife in 2017 and we visited the D-Day beaches, American Cemetery, and Pointe du Hoc. God Bless those brave soldiers who fought and who willing to die to protect our freedom…

Here is a photo I took of one of the relic bunkers at Pointe du Hoc. It was very sobering to see these places thinking of how many brave young men gave their lives for you and me because it was the right thing to do. 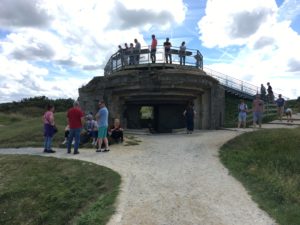 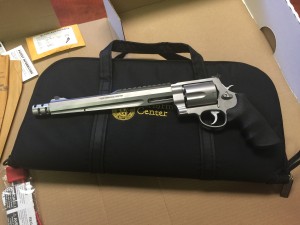 Yes, it does pack a kick. I would not want to run 1000’s of rounds through it, but fun for some target practice and protection when I’m on the ranch. 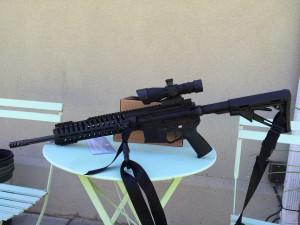